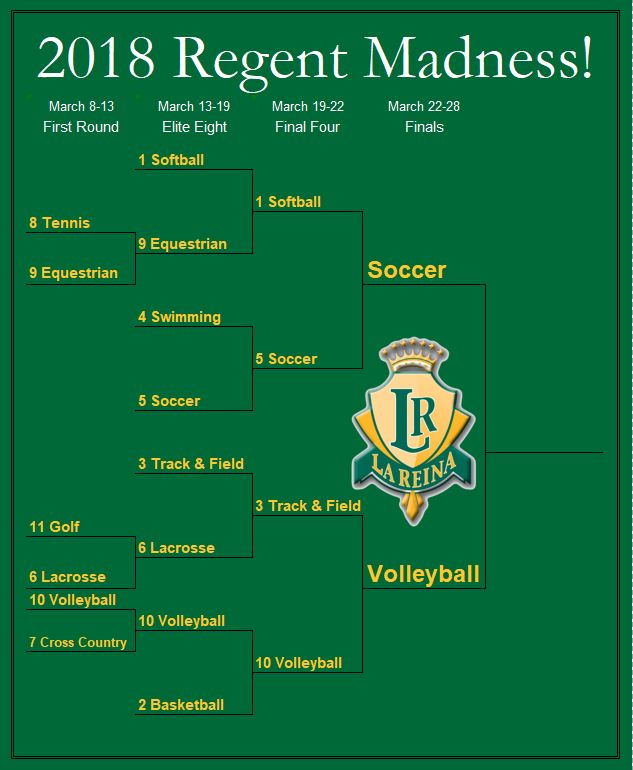 We've reached the Championship round! Cast your votes between March 22 and 28 for your favorite:

Beginning March 8 and running throughout the month of March until the start of Easter Break, all 11 La Reina sports will vie for the honor of being the school's favorite!

Voting will take place on Twitter on the Athletic Department's official feed (@RegentAthletics). Being on Twitter, the votes are counted in real-time and available for the public to see. Seeding for the tournament was set randomly.

All members of the La Reina community and public are welcomed to vote, though only one vote per Twitter-user may be cast in each match-up.