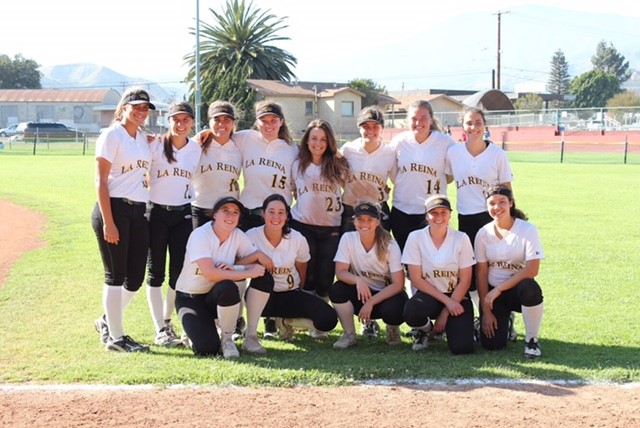 La Reina's softball team won its first league title in six years, clinching the win in the tie-breaking season finale on the road at Santa Paula.

With both teams coming into the season finale with matching 8-1 league records, it set up another classic showdown in front of a boisterous Santa Paula crowd between Brown and Borrozo and both pitchers delivered. Between the two meetings, the pitchers went a combined 12-straight innings without allowing a run and allowing just two base-runners through the first five innings Wednesday.

La Reina's Molly Mirabelli '18 reached base on a 2-out infield single in the top of the 6th before Brown walked. Sam Goodcase '19 didn't let the scoring opportunity go to waste and hit a ball out of the ballpark to left field for a 3-run home run that was enough to clinch the game and the league title. it was Goodcase's third home run of the week after she hit two against Santa Clara two days prior.

Brown finished with a complete game, allowing 1 earned run on two hits, and striking out 12 (in a 21-out game).

La Reina finished the league season 9-1 with just 10 runs allowed over the 10 games.

The teams are likely to remain atop the Division 5 standings and now await the Southern Section playoff seedings, which is due to be released on May 14.